Language Learning: How to Memorize Effectively

Memorization is one of the worst parts, in my opinion, about learning a spoken language. Unfortunately to a large extent it’s unavoidable, but there a few things you can do to make your efforts worthwhile.

The greatest bit of advice I’ve received, from my father, when it comes to language study and memorization is:

Don't study what you already know.

It’s that simple, but let’s reword it into something a bit more pragmatic:

Do not give the same amount of attention to what you know well as to what you're still learning.

Here’s an example of a typical vocab study list (I call them hot dog sheets) that I think most people, including myself, were taught in school: 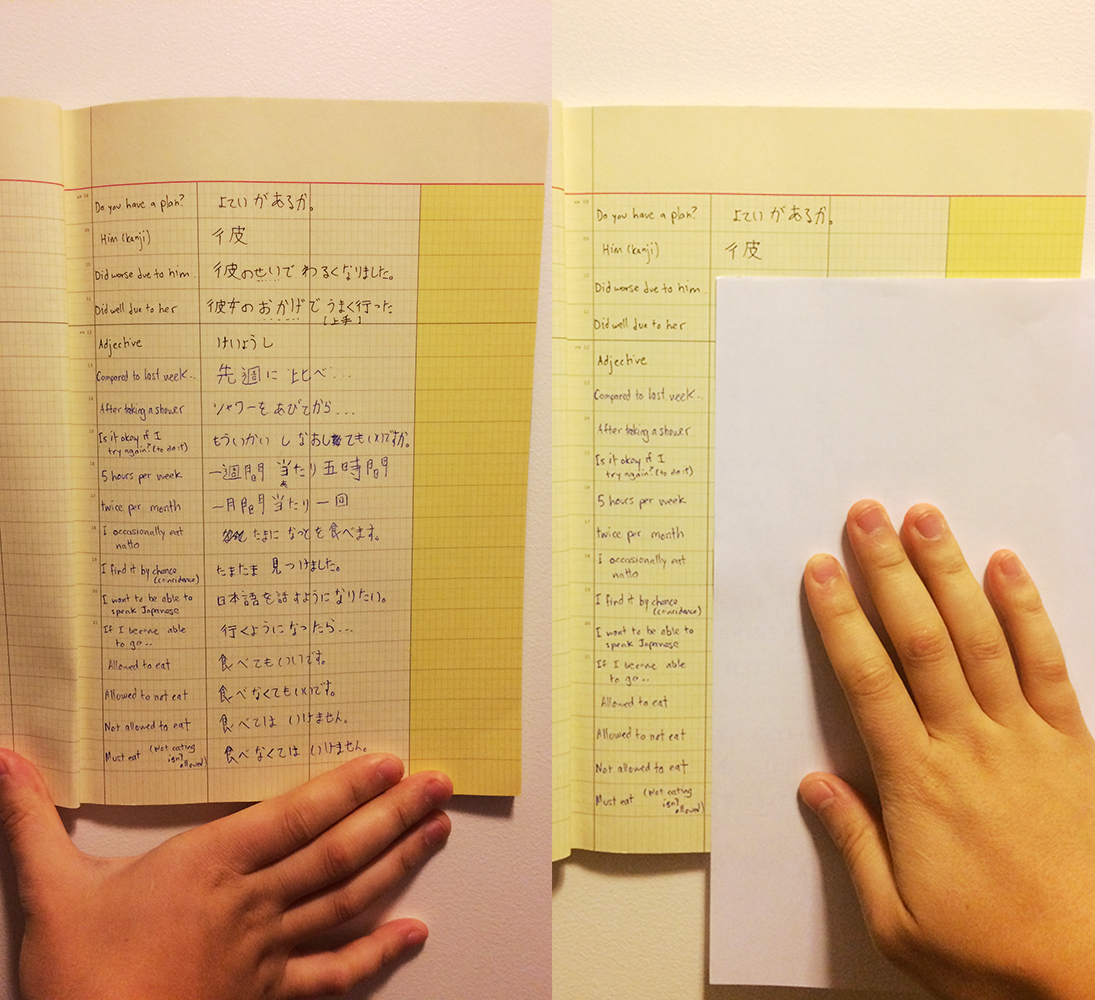 An actual example from my own notes.

Typical procedure is to cover one side of the page while you guess the other side. This works great the first time, butthe pattern you’ve setup is bad. By the time you’ve reveiwed this page 10 times, there are certain words or phrases that you know better than others. Yet, you’re still spending just as much time and attention studying what you know well as what you don’t know at all. Why do that to yourself? I mean, why did I do that to myself?

To put it in another way, be mindful of when something has entered long term memory or is still in your short term memory.

What you could do instead:

This sounds tedious right? I agree; making new lists over and over again takes a lot time and mental energy.

A cue card (or flashcard) system would be much easier. You can reorder cards by order of importance. 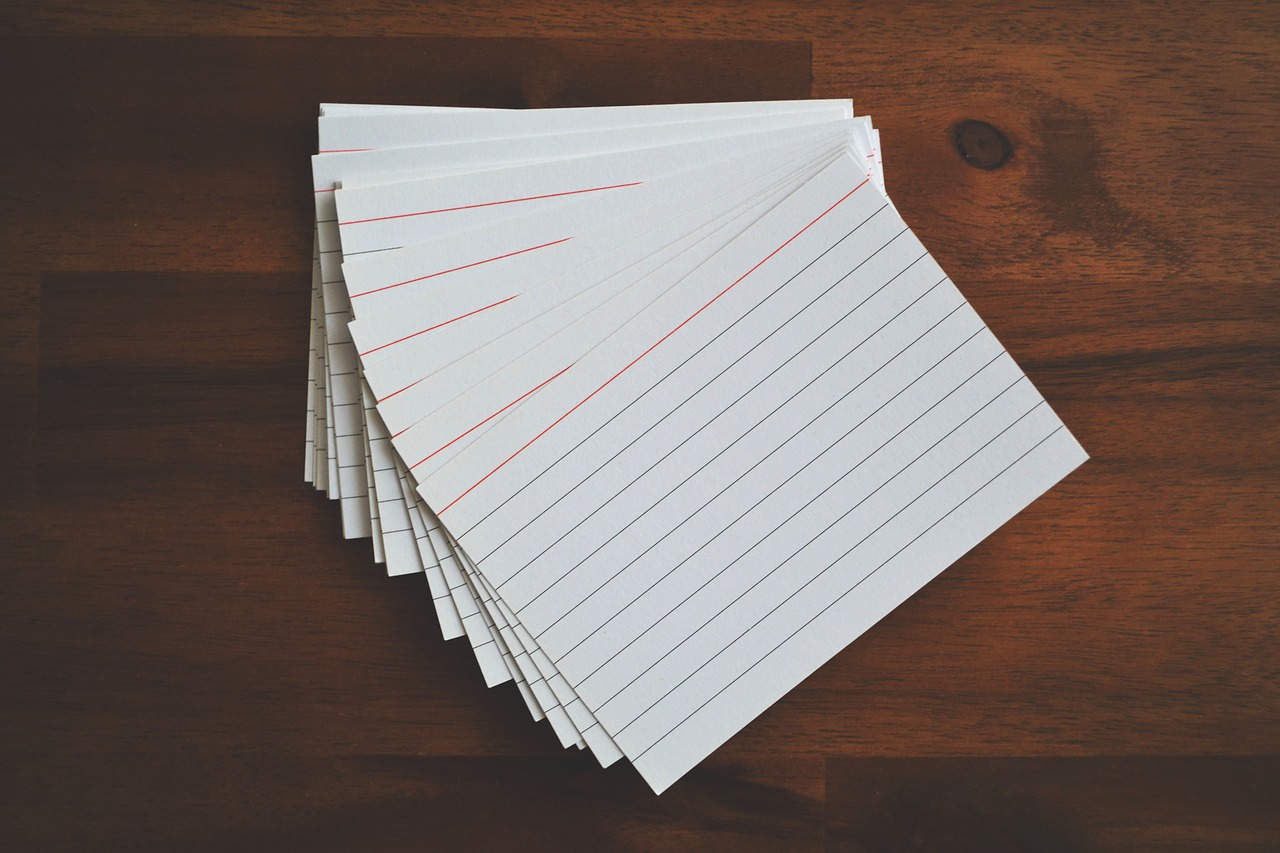 How to use them

By now you might be thinking “but wait, isn’t it year two thousand and something and everything is digital— oh right my phone!”

Look at you, so on point. The answer to your prayers is Anki, a cue card app that lets one choose when to be reminded next. Honestly it’s so simple it’s brilliant.

You can make your own decks and/or use ones that people have already created. As an example, I’ve like to mention NihongoShark’s Japanese kanji deck, which has been one of the best things I’ve ever used. Here’s something I’ve been reviewing recently: 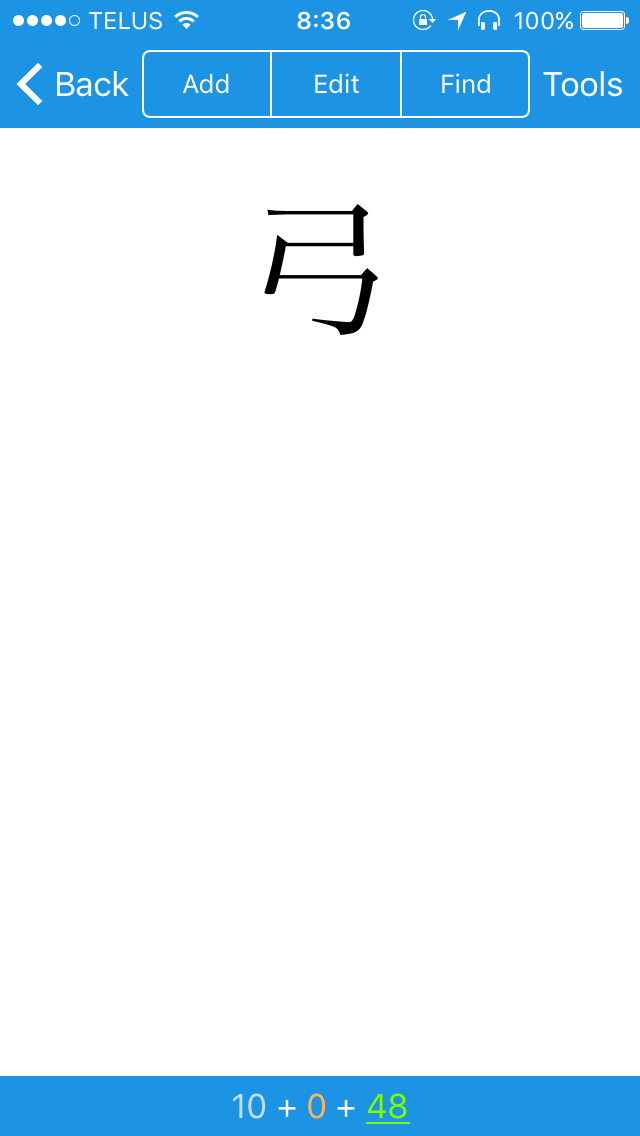 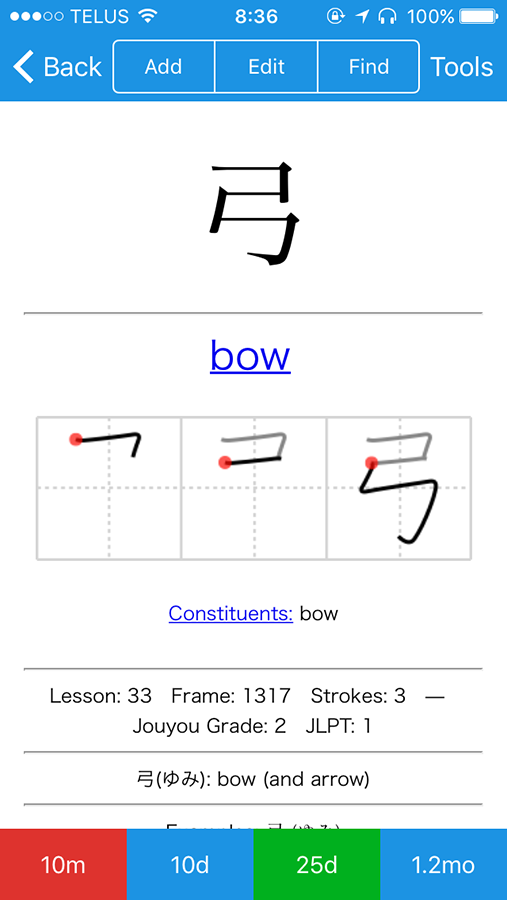 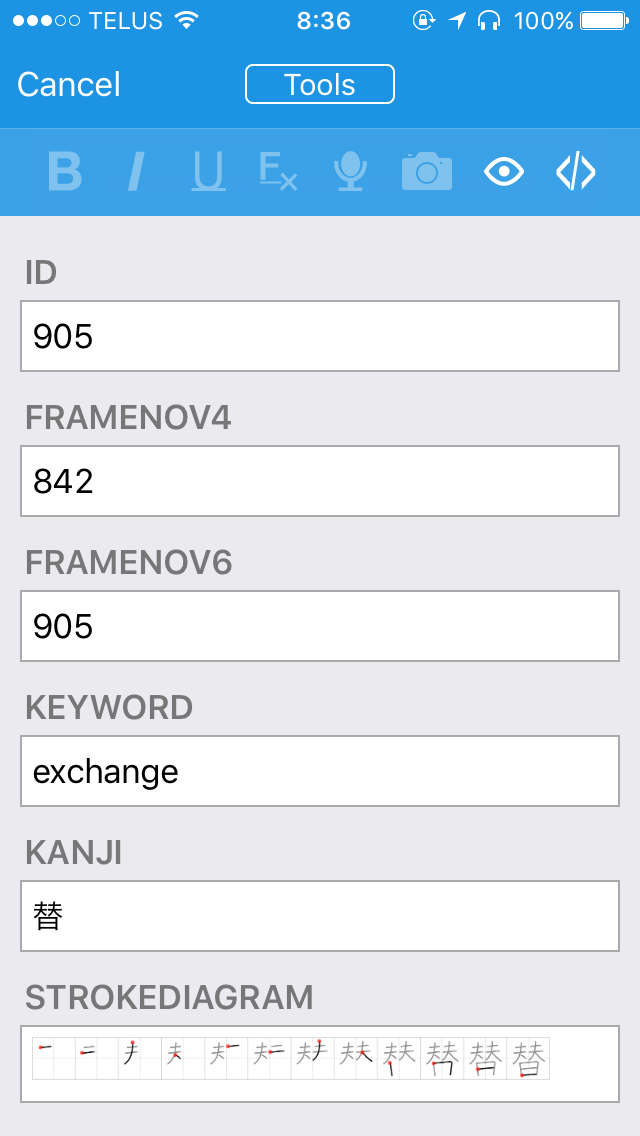 NihongoShark has a really in-depth how to use this deck that I won’t go into, but for the sake of this post the important image to pay attention to is the middle one. At the bottom there are four buttons:

Whichever button I choose will determine when I’ll review the card next. As I do better or worse, the time span will widen.

So what’s so great about this?

We’re leveraging technology to do the tedious organizing and tracking. The cards you spend time reviewing are mostly things you’ve been working on recently with a sprinkle of those which you’ve commited to long term memory. It’s excellent.

Undoubtebly there are tons of other flashcard apps out there. I’ve just picked one of them that I use personally. In fact, here’s a list.

There are a lot of tools and study methods out there that help, but the principle is the most important. Don’t waste your time reinforcing what you already know. Break things down into short and long term memory and be mindful of what is actually valueable. It might be tedious at first to develop a system, but I guarantee that you’ll amortize your efforts tenfold in the long run.